Add up to Horror! Wedding Bride Who Wanted to Surprise Hubby by Arriving by means of Helicopter Dies in a Crash (Photos)

A bride's childhood dream of arriving at her wedding by helicopter ended in tragedy when it crashed just a mile from the venue. 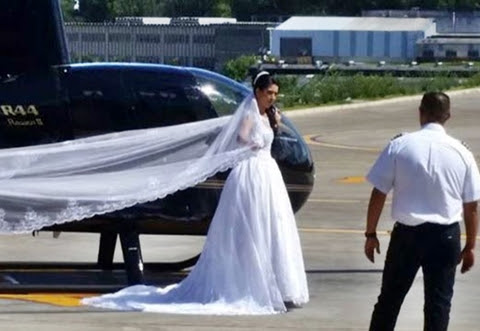 Rosemeire Silva Nascimento planned to arrive to her wedding in style in a helicopter
A 32-year-old wedding bride who planned to amaze her 34-year-old fiancé, Udirley Narques Damasceno, and their 300 guests with a stunning entrance by flying into the Recanto Beija-Flor venue in Sao Lourenco da Serra, Sao Paulo, in a helicopter, crashed just few minutes before she was due to land to tie the knot.
According to The Sun UK, the Brazilian nurse, Rosemeire Silva Nascimento, who was wearing her wedding dress and veil, died instantly along with three others when the helicopter she was flying in crashed tragically, as the groom was left in state of shock at the altar as he was told his bride had died. 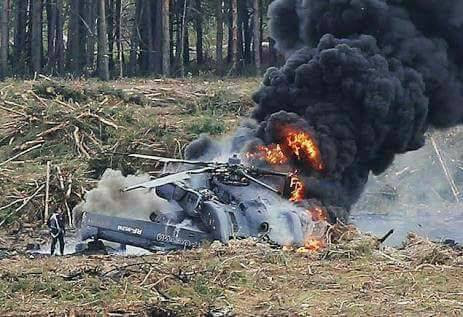 The scene of the crash
Speaking to a correspondent, a wedding organiser Carlos Eduardo Batista, one of the few who knew about the surprise, was totally in the dark about the stunt.
Carlos who helped to organise the idea, said: “Every bride has a dream to do something amazing on their big day and for Rosemeire, hers was to turn up at her wedding in a helicopter without anyone knowing beforehand.” 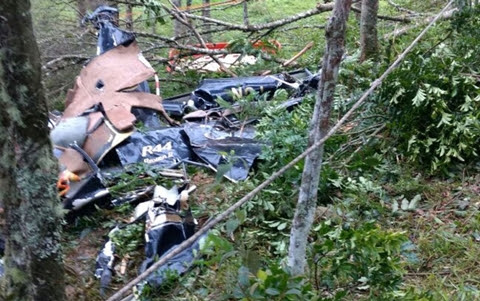 In addition to the bride, the other victims included her brother, Silvano Nascimento da Silva, who had been “very excited about the plan”, the wedding photographer, Nayla Cristina Neves Lousada, who was six months pregnant, and Peterson Pinheiro the pilot.
The aircraft – a Robinson R44 model – crashed in a densely forested area on the outskirts of the football field where it had been scheduled to land.
Carlos said he was surprised when the chopper hadn’t appeared by 4pm, the time marked for the ceremony. 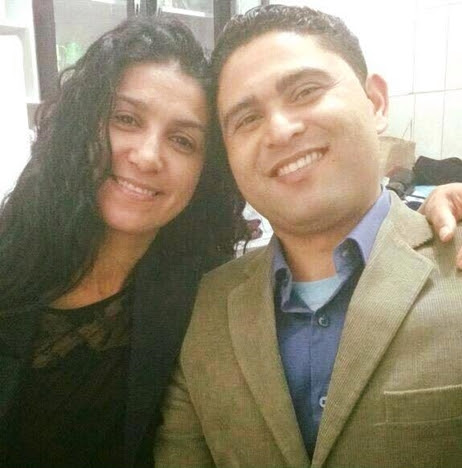 Rosemeire had planned to surprise her fiance, Udirley Narques Damasceno
He said: “I called the hire company and the owner said the helicopter had gone up and it should have arrived. Shortly after he called me back to say an aircraft had fallen but he didn’t think it was ours.”
Speaking further, Carlos said: "I’ve been doing these wedding parties for over 30 years and when a bride decides to arrive by helicopter unforeseen delays or cancellations are common because of bad weather and they often finish their journey by taxi."
The veteran wedding planner called the police and fire department in desperation and finally received the tragic information around 5.30pm. 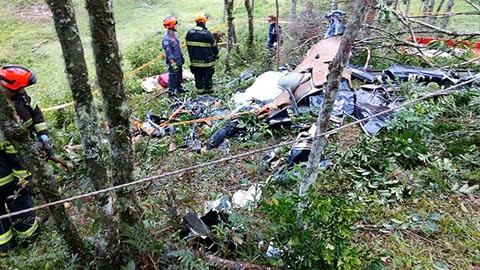 He said: "I called the pastor who was officiating at the ceremony and he went with me to help break the awful news to the groom. Udirley was shell-shocked and couldn’t speak as he tried to understand what had happened. He was heartbroken.”
Carlos said all the laughter and joy got “sucked out of the room” the instant everyone knew as “no one knew how to react to this enormous tragedy”.
People begun to weep as the horror of the situation sunk in. “Everyone expected a day of joy but it turned into a day of horror,” he said.
on December 06, 2016
Email ThisBlogThis!Share to TwitterShare to FacebookShare to Pinterest