Dangote: I Need 38 Visas To Move Around Africa Despite My Influence 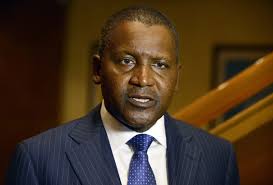 He said this while revealing that despite the size of his group and his investments on the continent, he needs 38 visas to travel across Africa.

The richest African said adequate steps must be taken to address the issue in order for the continent to have a blossoming economy.

“Our leaders must give incentives. For example, little things like visa issuance. You go to a country that is looking for investment, that particular country will give you a run around just to get a visa,” he said in an interview with CNBC Africa.

“You have to know somebody who is big in that country to call somebody. They are giving you visas as if it is a favour.

“Somebody like me, despite the size of our group, I need 38 visas to move around Africa. Yes, I’ve heard that they are going to do the (African) passport, but you can see that there is still a little bit of resistance from other African leaders.

“Even countries like Rwanda and co, that say no visas for Africans, they are still having problems getting visas into other African countries, despite saying no need for visas for Africans coming in. They say, just come, we would give you on arrival.”

He said intra-Africa trade is still very much on the downside, stating that Nigeria imports flour from Europe, whereas, the flour was exported to Europe from Kenya and Ethiopia.
on September 19, 2016
Email ThisBlogThis!Share to TwitterShare to FacebookShare to Pinterest
Labels: Aliko Dangote, CNBC